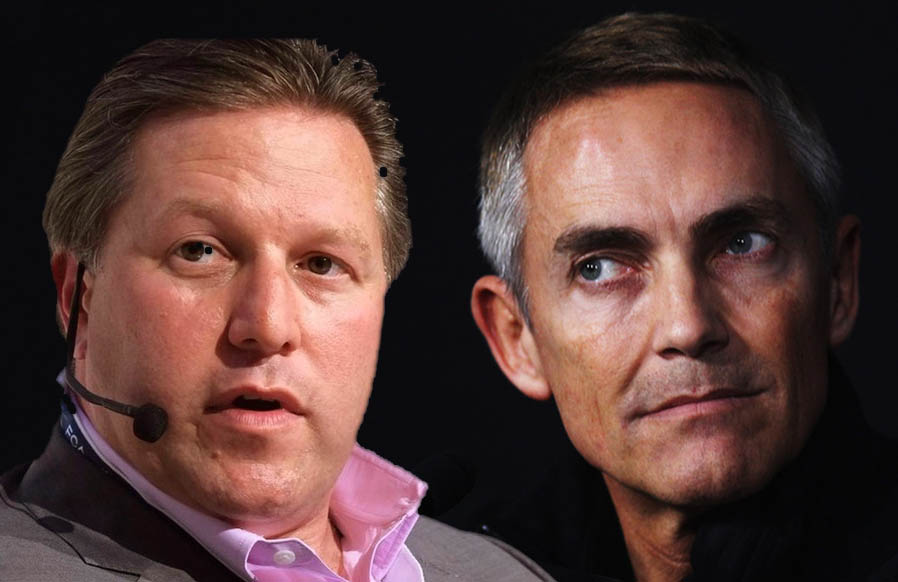 Reports are emerging suggesting that Zak Brown and Martin Whitmarsh have been shortlisted to work alongside new Formula 1 chairman Chase Carey and replace Bernie Ecclestone at the helm of the sport.

Brown has all the credentials to become the F1 top man, last week Brown quit his post as CEO of CSM sport marketing and entertainment group where he delivered an array of new sponsors to teams and to F1 itself.

He was instrumental in securing the return of Martini to F1 with Williams, bringing together UPS and Ferrari, uniting Johnnie Walker with McLaren and overseeing the deal between UBS and the F1 Group.

As a leading global authority on motorsport marketing Brown would slot into the role of F1 commercial director.

Whitmarsh, former team principal of McLaren and currenlty chief executive of Ben Ainslie Racing, would be tasked to run the sporting side of the business

Others considered for the role, have included Ross Brawn and Stefano Domenicali, while it has been reported that Christian Horner and Toto Wolff have both turned down roles with F1’s senior management team.

Meanwhile Ecclestone is adamant that Liberty want him to remain F1 chief, “They want me to be here for three years.”

But the 85-year-old added, “I guess the new man will want to come in and make some noises. If I don’t like those noises, I will say adios.”