Steiner: Grosjean is frustrated but he will recover 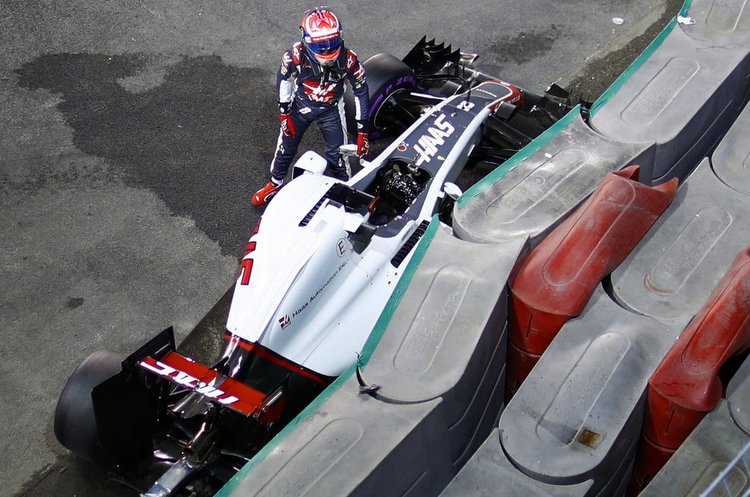 The season started with a bang for Haas team and Romain Grosjean as they stunned the Formula 1 with their debut and early season form, however lately the Frenchman’s frustrations have grown to the point that he described his car at Marina Bay Circuit as the worst he has ever driven.

But team chief Guenther Steiner has defended his driver’s Singapore rant, “I think that [he] just referring to the set-up, that does not refer to the car in general because the car two weeks ago was pretty good. A car doesn’t fall apart in two weeks. We just couldn’t find the set-up.”

“It started bad and it ended worse. If you don’t run in FP1, FP2 I always say if you try and do too much in too short a time you pay the price for it, we lost practice as well.

“In FP3 we weren’t on the ball, and then in qualifying he had to overdrive it to get somewhere near to a good time and put it in the wall.

“Then we had to change the gearbox and when we changed the gearbox maybe this [brake-by-wire] problem appeared. It all started in FP1 and we never got out of the negatives, the downward spiral.

“He’s frustrated but I spoke to him and said, ‘Let’s get back to the Malaysia again, let’s get back to when we were good in Spa and Monza, let’s see the glass half full.'”

“I think he acts pretty well for what he had to do. He gets emotional about it but then again he got it back. We texted when he left, he’s fine. He’ll recover and be back as good as he can for the next race in Malaysia,” predicted Steiner.