Ricciardo: Rosberg will win the championship 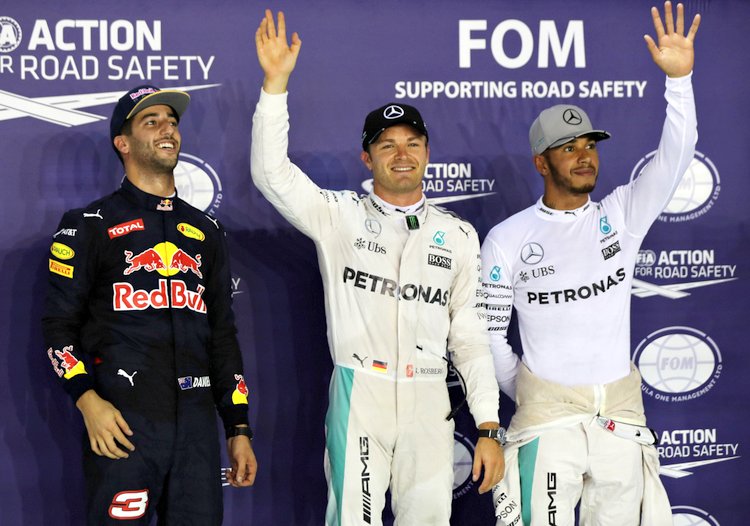 Daniel Ricciardo has been best of the rest behind Mercedes for most of this season and is sticking his neck out and predicting that Nico Rosberg will beat Lewis Hamilton to the 2016 Formula 1 world championship title.

Speaking to Sky Sport, Ricciardo said, “Before the summer break when Lewis made up that deficit on Nico, I thought no one was going to touch Lewis, but Nico has come back! I’m going to throw a spanner in the works and say Rosberg [will win it].”

The tension between Rosberg and Hamilton is obvious, particularly in the period from when they get out of the cars until the end of the official post-race press conference, and including the podium ceremony – a fact that amuses the Red Bull driver.

“It’s awkward for me because it’s so silent!” admitted Ricciardo. “I don’t like silence too much, so I’m like trying to either talk to myself or make conversation with them, but they’re happy to enjoy the awkward silence. It’s quite fun!”

Ricciardo has finished five times on the podium so far this season, but has yet to post a grand prix victory despite coming close in Monaco and most recently in Singapore. He lies third in the championship standings.