Wolff: We nearly peed our pants 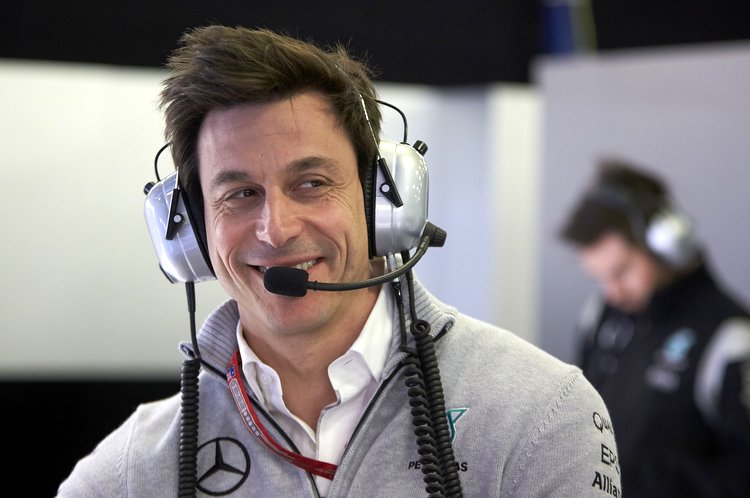 Mercedes F1 team chief Toto Wolff admits that the nerves were tingling in the final stages of the Singapore Grand Prix as he watched Daniel Ricciardo reel in Nico Rosberg in a last gasp duel for victory.

After the race, which Rosberg won by less than half a second, Wolff admitted to Sky, “We nearly peed our pants at the end. It was so close and how it should be in Formula 1. Four really quick cars, different strategies and I must really take my hat off to Red Bull as well, they pulled off a great strategy at the end.”

Asked why his team did not follow by pitting Rosberg at that point, Wold replied, “We couldn’t do that because we would have lost the lead… Ricciardo out of the blocks with an amazing pace, it was really exciting at the end.”

A little earlier it was Mercedes who brought in Lewis Hamilton as part of a Plan-B final stop, which resulted in the world champion turning fourth place into third at the expense of Ferrari driver Kimi Raikkonen.

Wolff explained, “At that moment we concentrated on getting Lewis back to third but equally I think that Ricciardo or Red Bull at that stage thought about pitting him. It was their only chance actually of making it, but we took Lewis out of the game and Raikkonen out of the game and gave them the possibility.”

It also transpires that Rosberg was due to make a pit stop but the team made the call to keep him out, despite the aging tyres he was on. But the maths suggested that they would struggle to match Ricciardo’s rapid pace at that point of the race.

“We lost the gap in that first lap. We were planning to pit and then Daniel put out a stunner and the gap shrank and was gone so we needed to just make it to the end,” added Wolff.