Rosberg: Hats off to Red Bull 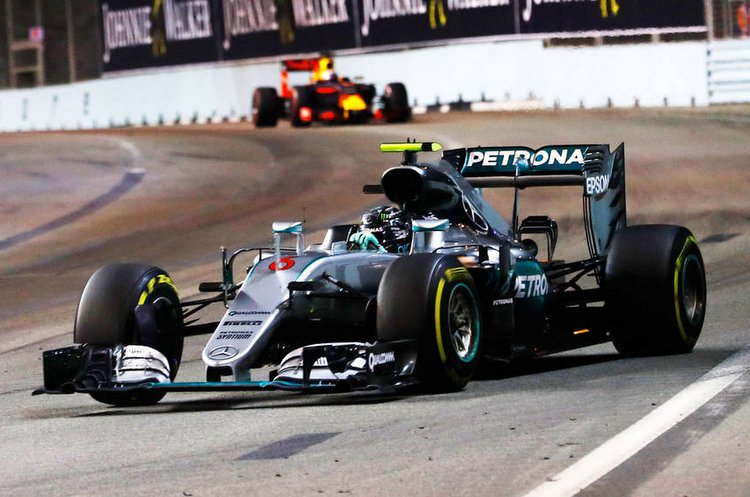 Nico Rosberg claimed his eighth victory of the season at the Singapore Grand Prix on Sunday but his heart would have been in his mouth in the closing stages after second placed Daniel Ricciardo had threatened to gatecrash his party.

Rosberg started on pole in his 200th race and was keeping the Red Bull driver at arms length until the Australian pitted for fresh tyres with 16 laps to go and set about reining in the leader, taking three-second chucks out of the deficit per lap.

The Red Bull ran out of road by the end of the 61-lap marathon, however, as Rosberg held on for a 0.488 second victory, nursing his final set of soft compound tyres through 28 gruelling laps to the finish for the narrowest of victories.

“I had to be on it in that last stint and make sure I did everything right,” Rosberg told reporters after topping the podium ahead of Ricciardo and team mate Lewis Hamilton.

“The tyre lasted just right so I am very happy and when we started the last lap, I knew the lead was going to be enough and his tyres weren’t as fresh anymore anyway,” added the German, who moved eight points above Hamilton with six races remaining. 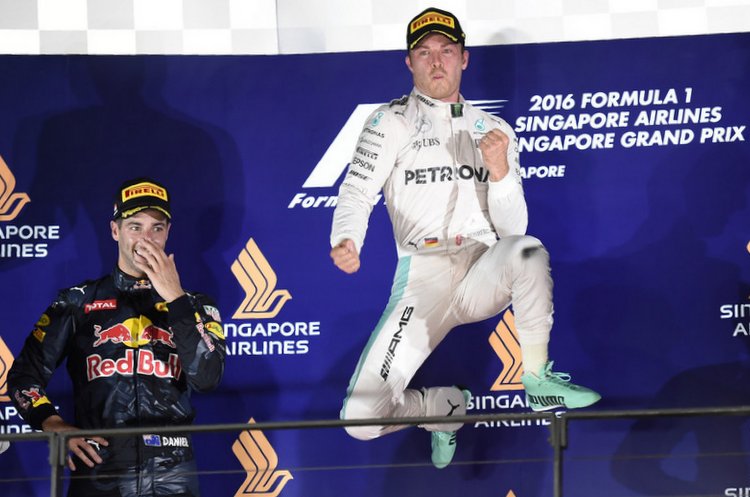 “I pushed as hard as I could and it worked out. It’s never easy in Singapore, hats off to Red Bull for such an awesome attempt to try and get us.”

The previous eight races in Singapore have only ever been won by world champions but Rosberg insists he is treating his challenge for a maiden title on a race-by-race basis and not thinking too far ahead.

“A statistic like that is not something I focus on, it doesn’t have any importance to me,” the 31-year-old said after winning his third race in a row.

“Today I was happy to win the race as that’s what I came here to do, so I will celebrate after this, go home and then the next stop is Malaysia where I will be trying to repeat that as I am on a good roll right now.

“I am excited about winning the race today and not thinking about the points total. I’ve not had the best of memories here and the track hasn’t treated me well in the past,” he added.

“The whole weekend went perfectly so today it’s a big deal but tomorrow not so much.”