Ricciardo: We did the right thing in the end 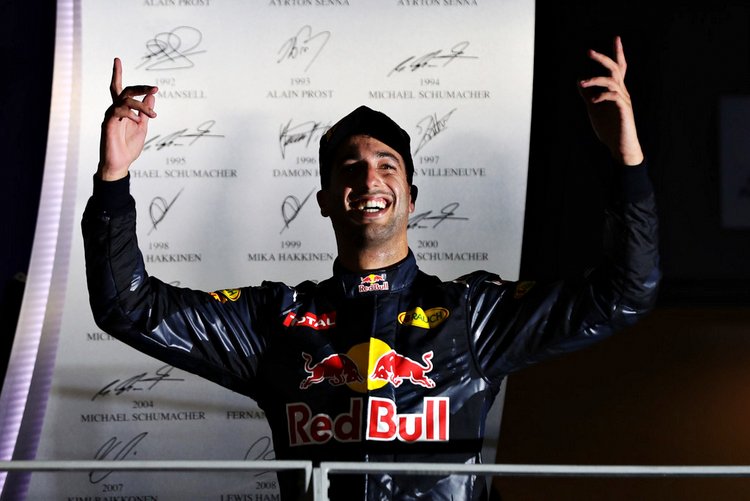 Red Bull’s Daniel Ricciardo dwelt on the positives of a second place finish at the Singapore Grand Prix after a bold tyre strategy fell agonisingly short on Sunday as pole-sitter Nico Rosberg held on for a narrow victory.

“I’m sitting here pretty happy because I felt I did all I could. The perfect race,” the Australian told reporters after he fitted fresh supersoft tyres with 16 laps remaining and chased down Rosberg’s Mercedes but was unable to pass on the final lap.

“If there was anything that could have been more perfect it was the start but Nico got off the line well. So, even with an amazing start we wouldn’t have got the jump. It looked like his was near-perfect,” added Ricciardo, who was second on the grid.

“From that point we just tried to do what we could. Team put me on a three-stop at the end. It was fun. It was good to push the whole race and I knew I would get close to Nico at the end.

“So even if the track’s difficult to overtake (on), it was nice to be able to push to the last lap and know that I was at least putting some pressure on him and giving the crowd still a little bit of hope.” 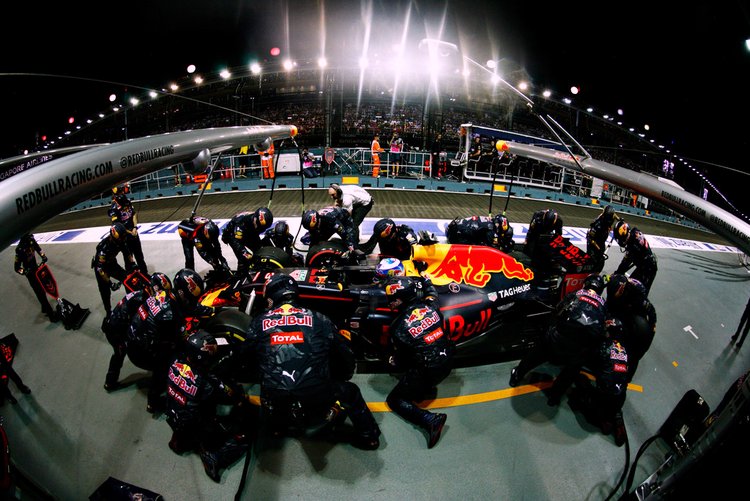 Rosberg completed his last 28 laps on soft tyres, the same compound Ricciardo was using until he pitted, and while the Australian was comfortable at the time, he felt using different tyres was his only chance of getting in front of the Mercedes.

“To overtake around here isn’t easy, so to do it on the same tyre, even if I was half a second quicker, you still need a pretty big advantage to pull something off unless a mistake is made by the guy in front,” he added.

“I think we did the right thing in the end. Obviously it still didn’t give us victory but I think staying on the same tyre probably wouldn’t have given us any better chance.”

Ricciardo rued the missed opportunity to record his first victory of the season but is hoping the weather gods will intervene to help him step on the top of the podium in 2016.

“With some rain, yeah (we can win). I think in dry circumstances this was our best shot. We got within half a second but after the race I said on the radio to the team that we’ll win this year,” he said.