FIA to investigate marshal on track at restart incident 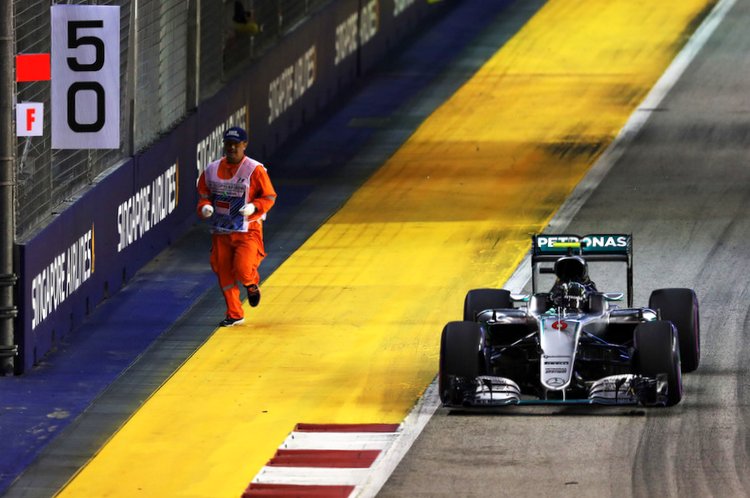 Formula One’s governing body is to investigate an incident that saw cars cleared to race while a marshal was still on track following a Singapore Grand Prix safety car period on Sunday.

The International Automobile Federation (FIA) said a report would be carried out to ensure such a situation was not repeated.

An FIA spokesman told media that procedures were not “properly executed” by the clerk of the course and team of officials.

The marshal was helping remove track debris after the safety car was deployed at the end of the first lap following Force India driver Nico Hulkenberg’s crash into the pitwall at the start.

The cars were released again at the start of lap three but, despite race control confirming three times with the clerk of the course that the track was clear of people and material, a marshal was still out there.

Pictures showed him sprinting to the side of the circuit as the field, led by the Mercedes’ race winner Nico Rosberg, bore down on him.

“It was very dangerous,” Mercedes motorsport head Toto Wolff told reporters. “I’m really happy it ended up with nobody being hurt.” 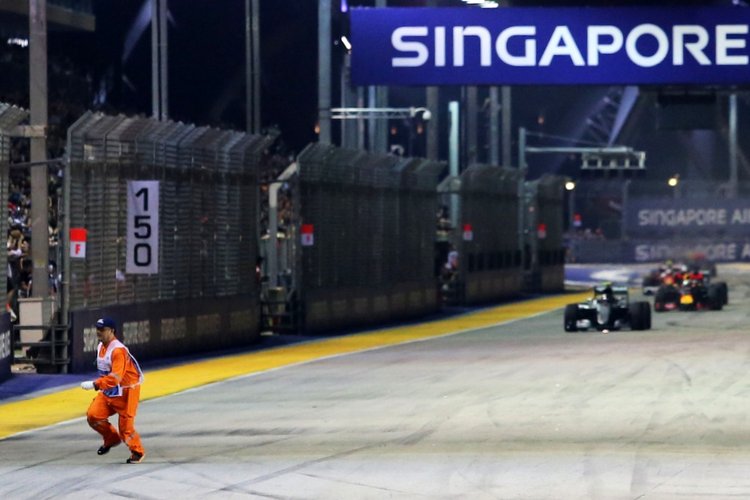 The Austrian said race control had been asked to re-start races sooner, rather than cars having to spend too long behind the safety car, and that request had been heard.

Rosberg said the incident had been ‘pretty hairy’.

“I think just as we didn’t expect the re-start, he didn’t either because the re-start was somehow pretty abrupt. Luckily he got out of the way just about in time so it was OK.”

It was the second year in a row that concern had been raised by someone on the track.

Last year, a lone intruder ambled across the floodlit track midway through the race and then strolled by the metal fences as cars came past.

A 27-year-old British national was later sentenced to six weeks in jail for breaching the security fences.