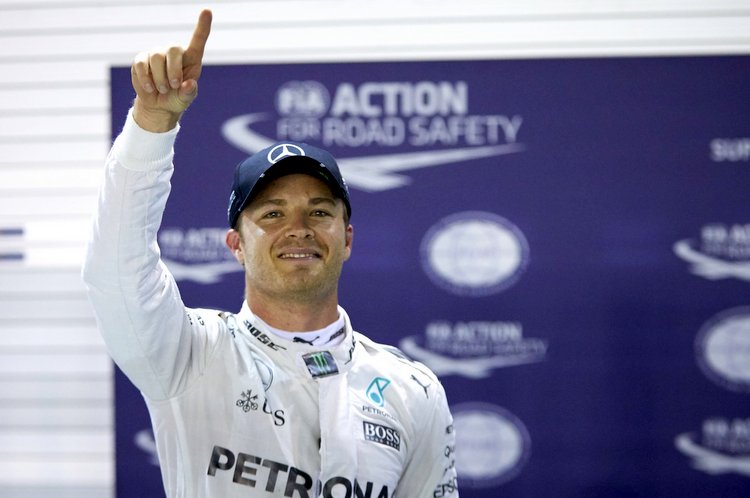 Nico Rosberg will start his 200th Formula 1 race – the Singapore Grand Prix – with every chance of moving to the top of the F1 championship standings after securing pole position in a commanding manner.

Rosberg trails Mercedes team mate Lewis Hamilton by two points with seven rounds remaining but, after winning in Belgium and Italy since Formula 1 returned from its annual summer break, the 31-year-old is in the form of his life.

“I’m feeling good at the moment but I was feeling good before the summer break as well,” the German told reporters after qualifying. “My aim is to try and win this race. It’s looking like I have a very good chance for tomorrow and that’s it and I don’t think beyond that.”

Rosberg led Hamilton by 43 points early in the season but the Briton overhauled him with six wins in seven races before the German hit back in the last two rounds.

He will be hoping to maintain his push for a first championship with a maiden win in Singapore, a race that has only ever been won by world champions since the inaugural grand prix in 2008.

“It may be time to change that then,” said Rosberg, when reminded of the statistic. “I was surprised to hear that, actually, that only three people have ever won the Singapore Grand Prix in all these years. But anyways, I’m feeling good for tomorrow and, of course, I have a good chance.”

Rosberg was full of praise for his Mercedes team for finding speed in Singapore (Hamilton will start third on the grid) after the German outfit were completely outpaced a year ago as Ferrari and Red Bull dominated.

“It shows the quality of our team at the moment that this being our most difficult track last year, we really came away and learned what went wrong and really turned things round and now dominated this weekend up to now in qualifying,” he added.

“Of course there’s still the race but last year we were nowhere in qualifying, so it really shows the quality of the team to understand something like that and turn it around in such a way.”