Ricciardo: I’ve put myself in a good position 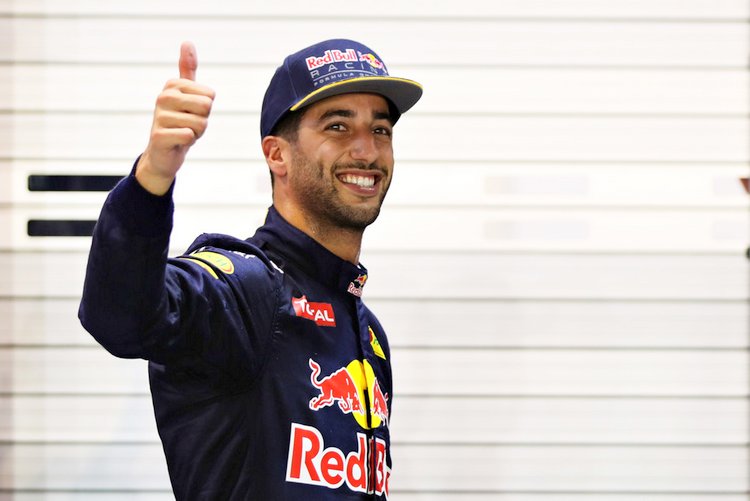 Daniel Ricciardo is in striking distance of his first victory of the season after qualifying second on Saturday for the Singapore Grand Prix.

The 27-year-old would love nothing more than to break his duck, particularly after his disappointment at a similar, concentration-sapping street circuit in Monaco last May where he qualified on pole only for a botched pit stop by his Red Bull team to hand victory to Lewis Hamilton.

With Hamilton’s Mercedes team mate Nico Rosberg qualifying ahead of the Australian in Singapore, turning the tables on Formula One’s powerhouse would make a Ricciardo victory taste even sweeter on Sunday.

“I would love to get a win this year, obviously we’ve come close but haven’t held the big trophy on Sunday,” Ricciardo, who has three second-place finishes this season, told reporters.

“I’ve put myself in a good position. Obviously pole would have been ideal but second is the next best for today,” he added.

“You get a good start, if you get good track position then you can try to control the race as well as possible. There will be some curveballs I’m sure tomorrow with safety cars and whatnot but yeah, at least we’re at the pointy end. Hopefully stay out of trouble and then try and get that victory this year.”

Looking ahead to the race, Red Bull opted to use the more durable supersoft tyre in the second round of qualifying, giving Ricciardo a chance to run a much longer first stint than pole-sitter Rosberg, who set his fastest Q2 time on ultrasofts.

Unless it is raining, the top 10 drivers must start the race with the tyres they were fitted with in the second round of qualifying.

“It was always the plan, even before the weekend. We expected other teams to do it as well. I would say we are bit surprised we are the only ones,” he said.

“So, yeah, let’s see tomorrow. It’s a bit like Monaco. We did that, thinking it would be the right thing, then we didn’t get a chance with the wet start. But tomorrow, I think it’s going to be dry, so we’ll get a chance to see if it works.”