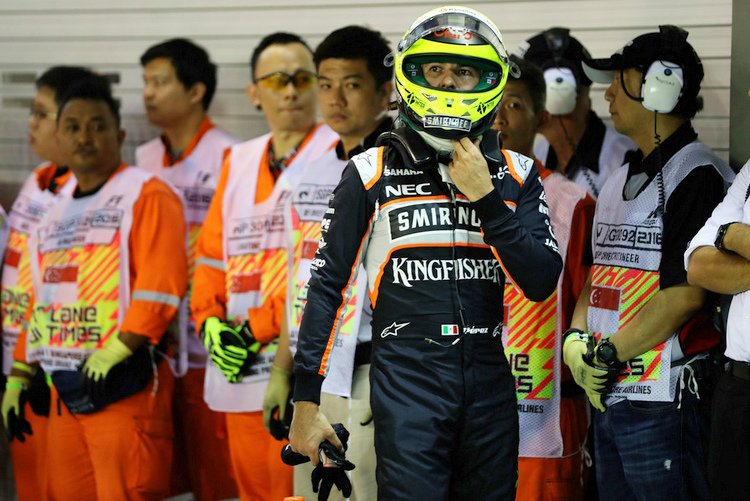 Perez was one of several drivers to start their final Q2 runs just as Romain Grosjean hit the wall with the Haas at Turn 10, prompting the yellow flags.

Perez continued to improve his time, allowing him to progress into Q3 and end the session tenth fastest.

The Stewards found: “The driver of car 11 failed to reduce his speed significantly and be prepared to change direction or stop as required under Art2.4.5.1(b) when double yellow flags were being waved at both Turns 9 and 10,” a statement from the stewards read.

“The Stewards took into consideration the fact that the driver had two corners in which to slow down significantly and failed to do so and both of which were blind corners (including one where the accident had taken place and where the damaged car was still in the barriers) and where the driver would not have known if the track had a hazard wholly or partly blocking the track and/or marshals working on or beside the track.”

Over and above his grid penalties, Perez was handed three penalty points on his licence – his first of the season.