Vettel: Max will calm down 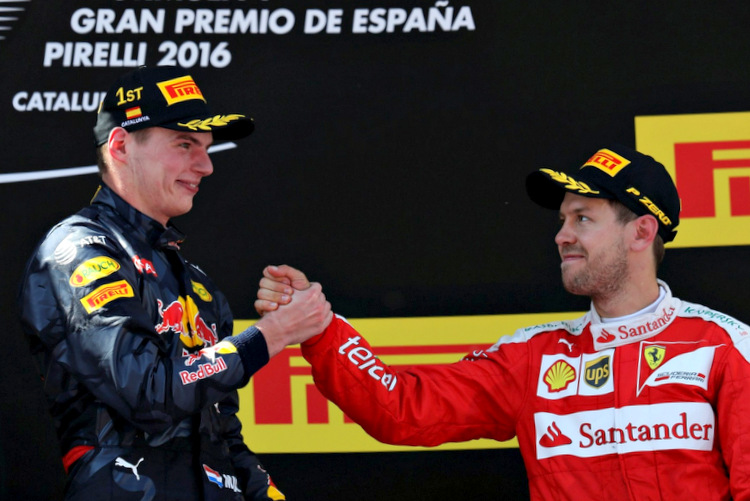 In the aftermath of Max Verstappen’s controversial duel with Kimi Raikkonen during the second half of the Hungarian Grand Prix, Ferrari driver Sebastian Vettel says that the young Dutchman will calm down, but at the same time believes the teenager’s aggression is one of his major strengths.

Red Bull’s Verstappen angered Ferrari’s Raikkonen with aggressive defending during an intriguing battle for fifth place at Hungaroring. After the race, the veteran Finn angrily questioned why blocking rules were not enforced.

When asked for his opinion on the matter, Vettel said, “I think we are here to race, I think one of Max’s strengths is that he very aggressive, obviously sometimes he over-stepped the line but I’m against the whole policy of penalties and very complicated ruling.”

“I think it’s silly, people outside are laughing about us. This is something we need to work on. For us, it’s a little bit tricky because there is not much we can do about.”

“I think [Max] will calm down, give him a bit of time. As I said, it’s also one of his strong points. Of course, if you are fighting with him and sometimes the car in front is behaving not fair, it’s not great.

“Kimi is one of the fairest drivers in the field but that’s how it is sometimes. The race is long, the season is long and I’m sure they’ll meet again at some point,” added Vettel.