Safety changes made overnight to kerbs and pitlane in Baku 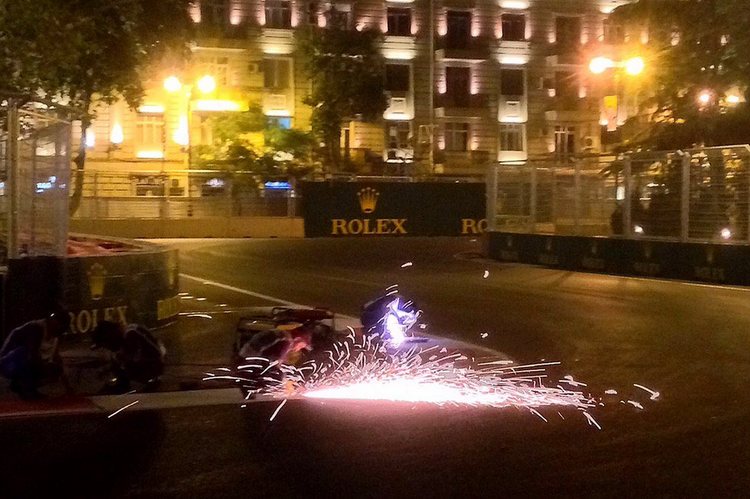 Track workers laboured through the night to make changes to the Baku street circuit, which hosts Azerbaijan’s first Formula One race on Sunday, after problems with kerb plates lifting in practice.

Race director Charlie Whiting told Reuters on Saturday that the white lines marking the pit lane entry and exit had also been repainted to improve safety.

“Just the lines, that’s all, to keep the drivers slightly further left so that there’s no misunderstanding if two cars are following and the front one wants to come in,” he said of the entry.

“The idea is that it should be slightly clearer to the driver behind that the car is coming in to the pits.”

Some drivers had expressed concern about the pit lane approach, which enters a chicane after leaving the long main straight and then continues before reaching the point where the speed limiter comes into force.

Whiting said there had been no change in the point at which drivers had to slow.

The kerb plates, which are bolted to concrete inserts into the asphalt, were removed at turns six and 12 and replaced by painted areas that looked like kerbs. 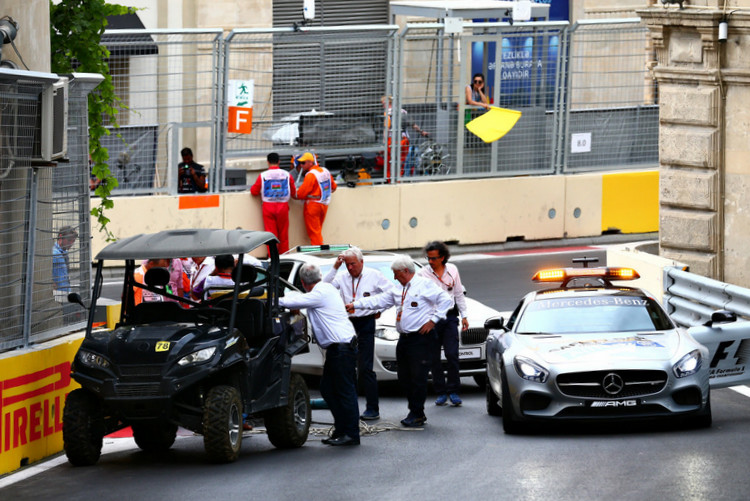 “We decided to do that rather than try and monitor the kerbs,” said Whiting, who said the fixings were the same type that Formula One had used without problem in Mexico and Singapore.

“It’s a little surprising to see that they are coming up here,” he said. “There’s clearly something different. We’ve still got them in a couple of other corners which we don’t anticipate any problems with.”

The pit exit had been made “a little easier because it was a bit tight at the corner,” he added.

Speaking after a briefing for marshals, Whiting said they had been asked to ensure their zones behind the catch fences were clear of litter to help prevent it being blown onto the circuit.

The Baku circuit, which winds around the walls of the medieval town before a 2km straight following the Caspian seafront, has brought in 160 marshals from Bahrain to mentor locals and take up the key positions.

“They are doing a really good job, very pleased with how things are going,” said Whiting.