Hamilton: Massa tells me to focus and then crashes in Turn 1 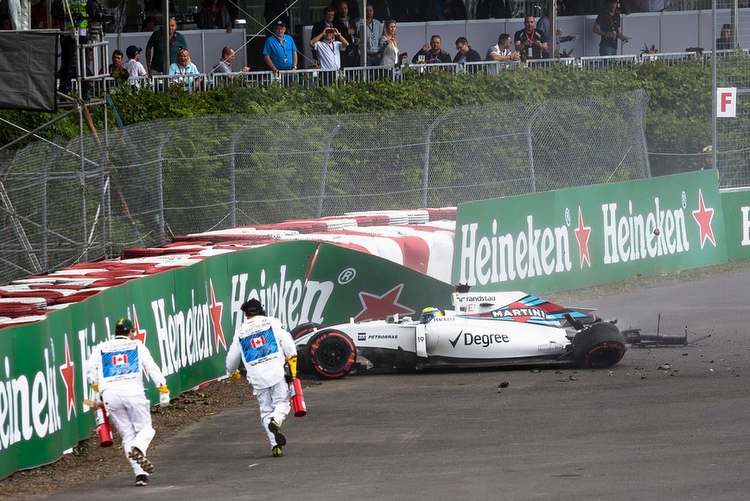 Prior to engines being fired up in anger for the Canadian Grand Prix weekend, veteran F1 driver Felipe Massa had a dig at Lewis Hamilton’s high profile social life before crashing heavily during the first free practice session in Montreal.

Speaking ahead of the race weekend in Canada, Massa said of Hamilton, “He is preparing for his second life after Formula 1 and it can be a problem for his career.”

“It can maybe take some concentration away. He needs to think about his lifestyle, he needs to concentrate,” he added.

Massa went on to crash out of FP1 when the DRS failed on his Williams.

This prompted Hamilton to comment at the end of the first day, “What was really interesting was some comment from Felipe Massa about me having to focus on my driving – and then he went out on Turn One!”

“I think it shows that I am super focused on my job and I am going to continue to do so,” added the triple world champion.

Massa, meanwhile, explained the cause of his crash, “The accident was nothing to do with me, it was a problem with the rear wing, the DRS.”

“When I braked I even switched it off myself before the braking zone, but it didn’t close so when I braked the DRS was almost 100% open and I had no grip on the rear so that is why I crashed.”

“So it was also the first time we tried this rear wing so we are analysing what actually happened,” said the Brazilian.