Massa: When united drivers can press for a better F1 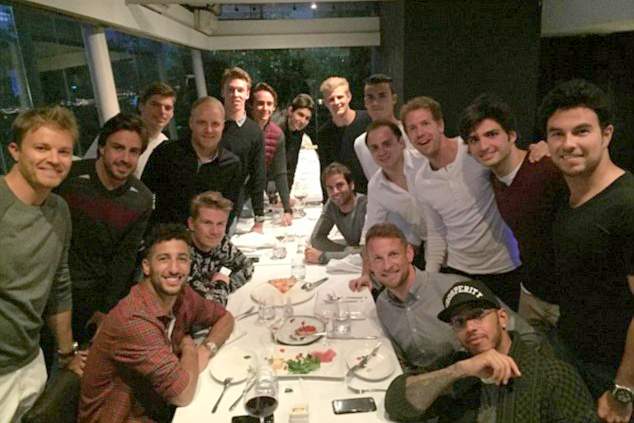 Veteran Felipe Massa has urged the Formula 1 drivers to stay “united” amid the push to improve the sport at the highest level.

Tension is still brewing between the drivers’ body and Bernie Ecclestone, after the F1 supremo called those critical of the management of the sport “windbags”.

Nico Rosberg hit back at Ecclestone’s comment in the now famous group selfie of the GPDA dinner in China, adding the Twitter hashtag #WindbagsUnited.

And now the championship leader has kept up that theme with a new Twitter photo, this time depicting a group of drivers apparently sharing a private plane to Russia.

Massa told Brazil’s UOL: “When united, drivers can press for a better sport. We can help.

“We want to be positive about F1,” he explained. “Being here was the dream of all of us, it still is and we must speak well about the category. We need to try to help F1 and I think perhaps F1 needs this help.”

Referring to the Shanghai dinner that featured 18 current F1 drivers, Massa continued: “It was a very good dinner and we need to repeat it.

“We must try to bring us all closer together and change this mindset that we never see each other in the paddock,” the Williams driver added.