Formula 1 should shelve plans for major rule changes in 2017 because the sport is in an ‘ideal situation’ already with faster cars and more competitive races, according to Mercedes motorsport head Toto Wolff.

The Austrian, whose team have dominated since the 1.6 litre V6 turbo hybrid power units were introduced in 2014, said there was an argument for doing nothing after three exciting races this season.

Formula One teams have until the end of April to agree 2017 rule changes by majority vote and meetings are scheduled in the coming days as the sport seeks to make cars faster and more spectacular.

“We always said that…the longer you keep the regulations stable the more the performance is going to converge between everybody,” Wolff said after Sunday’s Chinese Grand Prix in Shanghai.

“There is no selling proposition within those new regulations in my opinion, we should just leave it alone,” added Wolff. “The racing is great and it will become even greater if we leave the regulations alone.”

Nico Rosberg has won all three races for Mercedes, who have started all from pole position. The champions have now won 35 of the last 41 races and nine in a row. 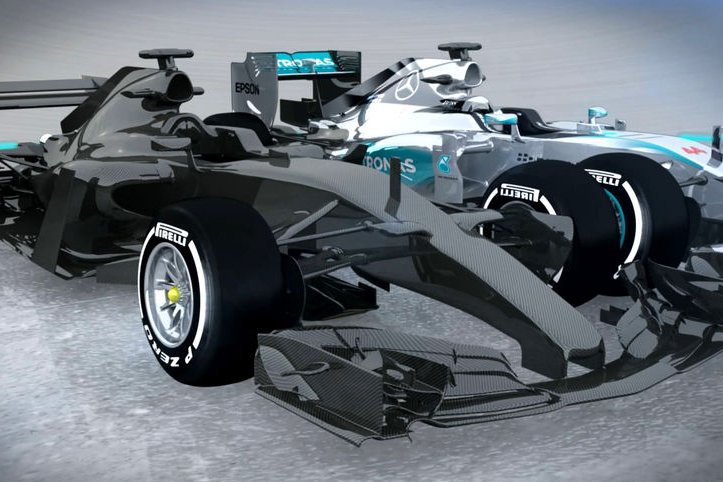 Wolff’s view is unlikely to prevail, however, with other principals saying that approving new regulations, which will also feature wider tyres and wings, is a formality.

Rivals have chafed at Mercedes’ dominance while drivers have complained that the cars are too easy to drive. Declining audiences, amid a switch away from free-to-air television, is another factor.

However Mercedes’ triple champion Lewis Hamilton this month smashed the Bahrain track record which was set in 2005 during the V10 era.

Mercedes are also casting a wary eye at Ferrari, second on Sunday with Sebastian Vettel, and revived former champions Red Bull who finished third and fourth.

Wolff said rewriting the rules risked spreading the field out again and making one team more dominant while overtaking could be harder.

“We are having an ideal situation with great racing and three great races in a row now,” he said. “Are we capable of reacting quickly enough and acknowledging that and reverting maybe to regulations which seem to be OK now? I don’t know.”