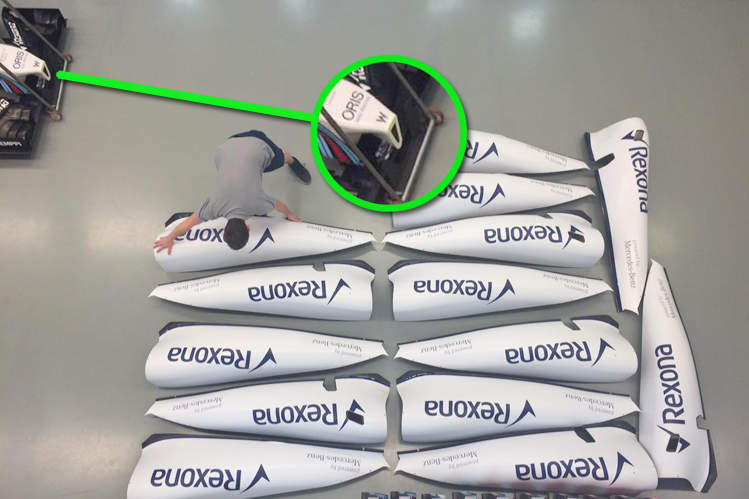 Formula 1 fans and insiders were scratching their heads in confusion this week when they spotted a radical Williams nose.

The British team posted to Twitter a photo of a factory worker preparing sidepod bodywork for the forthcoming Hungarian grand prix.

But – initially unspotted by many glancing viewers – in the upper corner of the photo was the front end of the Mercedes-powered FW37, featuring a bizarre nose with an apparently gaping hole at the tip.

“Will it be used in Hungary?” Auto Motor und Sport correspondent Tobias Gruner wondered. “Is it even legal?”

When he contacted the Grove team for confirmation, the answer was less spectacular than the flurry of speculation it had sparked.

“It is not a new nose for racing, but a ‘dummy nose’ for pitstop practice in the factory,” Gruner revealed.