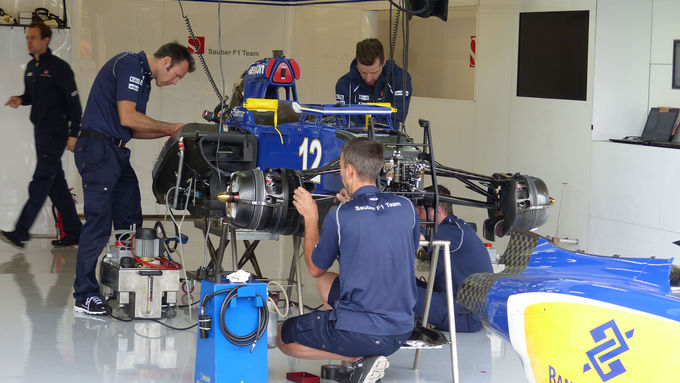 Sauber mechanics are working overtime in the Silverstone pits on Thursday, because, as of 6am, the Swiss team’s trucks carrying the cars for Felipe Nasr and Marcus Ericsson had yet to arrive at the British grand prix venue.

Auto Motor und Sport reports that Sauber left Hinwil on time, but got held up in France during a Eurotunnel strike and blockade.

The transporters diverted, but got caught up in a four kilometre traffic jam, meaning mechanics are now racing against time to prepare the Ferrari-powered cars.