Allison admits he tried to keep Alonso at Ferrari 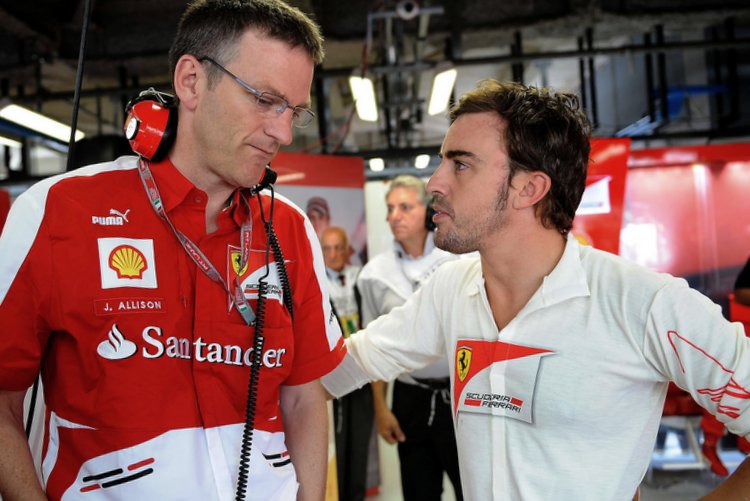 Ferrari’s technical chief James Allison has admitted to La Repubblica that he tried to convince the Fernando Alonso to stay at Ferrari.

“No. I couldn’t do it,” the Briton said. “I explained to him that things would change, that the new car was good, the gap would decrease, that staying with us made sense. But he was too disillusioned by then. I was the tenth person that had said it to him — he had heard it for years and no longer believed it.”

Alonso, however, insists he is much happier now at McLaren, “If you think that we were four seconds behind in Australia and now we are fighting to get into Q3. It’s almost a miracle. The potential is enormous and we are slowly finding the keys and opening locks.”

Indeed, teammate Jenson Button says Honda is yet to spend a single performance ‘token’ in 2015, as it improves the radical ‘power unit’ in other areas for now. As for paddock claims that Alonso is “dark and moody”, Button does not agree.

“I heard he was not easy to work with,” the Briton told Spain’s Marca, “but I’ve had no problem. We both have experience, we’ve both been through great moments and terrible moments, so there is probably more respect than there is between some other drivers.”

Finally, Alonso dismissed reports he could miss his home race because of his eye infection, “The eye is a little bit big I guess, but driving is ok, no problems. It should be fine.”