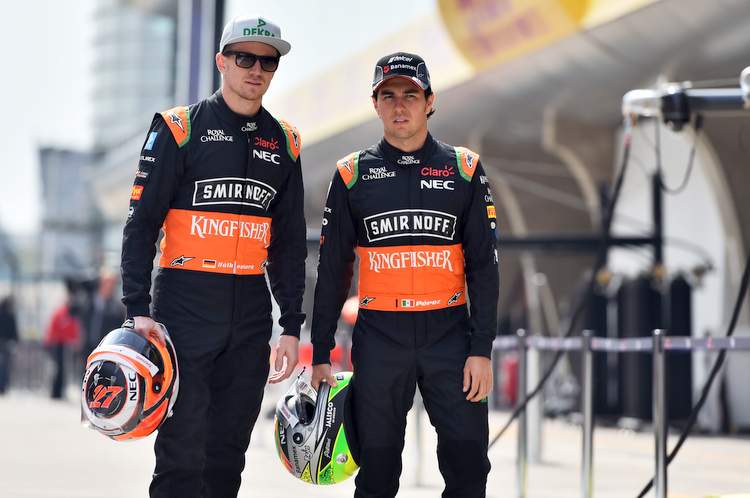 Force India may have to flick a coin to decide whether Sergio Perez or Nico Hulkenberg is first to race their upgraded Formula 1 car.

Deputy principal Bob Fernley told Reuters at the Spanish Grand Prix on Friday that the team hoped to get the long-awaited ‘B specification’ car on track in time for the race in Austria on June 21.

However, there may be only one car ready due to the need for crash tests.

“At the moment it’s on schedule for, hopefully, the race (in Austria). At least one car. But if not the race, the test (also in Austria the week after),” said Fernley.

“If it’s on the race, it will be a flick of the coin. It will be completely fair… if we can deliver a car it would be beneficial to both drivers to get it out for the Austrian race weekend just to give us a head start.”

Force India started the season on the back foot due to cash flow problems that delayed the car build and restricted parts from suppliers.

The car they are currently racing did not make its track debut until the third and final pre-season test in Barcelona in March, some two weeks before the opening race in Australia.

The Silverstone-based team are currently eighth overall, with 11 points from the first four races, a point behind Lotus and Toro Rosso and eight adrift of fifth-placed Sauber.

Fernley said the basic chassis and suspension of the current car was new for 2015 but the B spec one would have revised aerodynamics.

“We’ve run the same car since Barcelona effectively. I think the team have done a great job,” he added.

Both have hit trouble in India, with a consortium of largely state-run Indian banks seeking repayment of more than $1 billion of loans from Mallya’s failed Kingfisher Airlines, which has not flown since 2012.