Mercedes support for Esteban Ocon in 2015 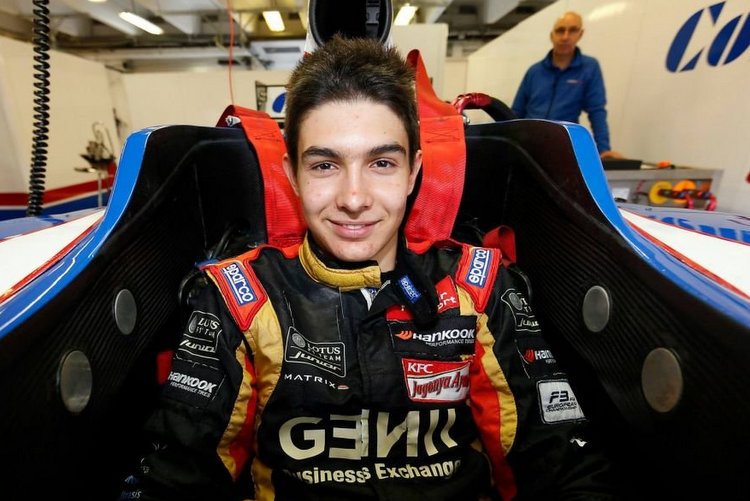 2014 FIA Formula 3 European champion selected by Mercedes-Benz for racing support with contractual option for the future.

Ahead of the opening rounds of the 2015 GP3 Series in Barcelona, Mercedes-Benz is pleased to announce that the reigning FIA Formula 3 European champion Esteban Ocon (18, France) will be supported by the brand during the new season.

Esteban is widely considered to be one of the foremost young talents in motorsport today. He secured last year’s European Formula 3 title against the strongest field in a generation, with Mercedes-Benz power propelling him to a total of nine wins and 21 podium finishes.

For 2015, Esteban will compete in the GP3 Series on Formula 1 weekends with ART Grand Prix, a long-standing partner of Mercedes-Benz. In addition to his racing commitments, Esteban will perform the role of official Test and Reserve Driver for the Mercedes AMG DTM team, bringing him valuable experience of technical development programmes that are not part of the junior single seater formulae.

As part of the package of Mercedes-Benz support, Esteban has signed a contractual option that could see him become a fully fledged Mercedes-Benz driver in the future.

Toto Wolff, Head of Mercedes-Benz Motorsport: “Esteban is a mega-talented young guy and one of the stars of the future. I’m pleased we’ve found a good path to continue his relationship with Mercedes-Benz, because we have a strong tradition of supporting the best young drivers with a view to their long-term potential. We will be watching Esteban’s progress with a lot of interest and I hope this year will be the first of many working together.”

Esteban Ocon: “I’m really proud to have the support of Mercedes-Benz this season and that the Mercedes AMG DTM team has trusted me with the important role of test and reserve driver. I spent last weekend with the DTM team in Hockenheim and hope that I can play a valuable role this year. But my main focus is on the opening races of the GP3 Series this weekend. I am proud to be racing with support from Mercedes-Benz and in a fantastic team like ART Grand Prix. I hope that I can compete for the title this year, starting with strong results in Barcelona.”