Boullier: Wrong to expect Honda and McLaren to turn up and win 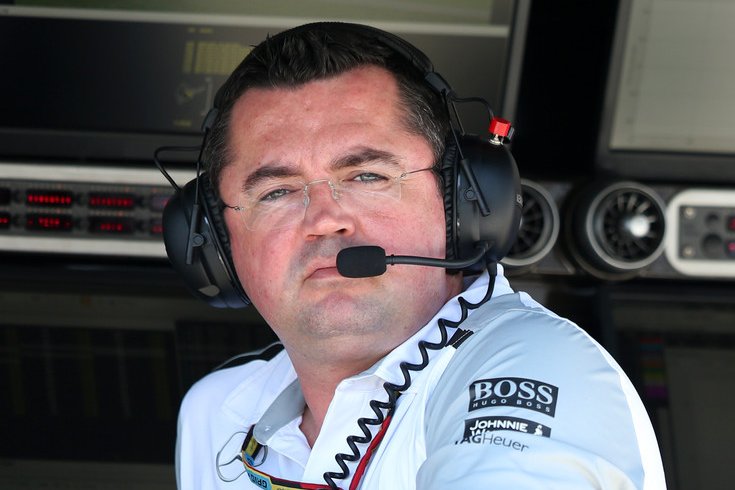 McLaren team boss Eric Boullier has reacted angrily to claims it has failed to live up to the hype of its partnership with Honda in Formula 1.

Ahead of the fifth race of 2015 world championship season in Spain,  the Times newspaper said Boullier hit out at “critics” who “inflated expectations” that McLaren-Honda could instantly recapture the successful glory of the 80s.

“The most important thing is we know what we are doing, where we are weak – and when I say ‘we’ I mean McLaren and Honda – and we have to work at it. The worse thing is to have the wrong expectations.”

“It is true people were expecting Honda to turn up with McLaren and win everything, but that was the wrong expectation,” added Boullier.

For star driver Fernando Alonso’s home race in Barcelona, the 2015 car and its Japanese-made engine have been upgraded, but the Spanish hero is playing down expectations.

“It will be very difficult,” said Alonso, “as other teams will also have been working hard to develop their cars, but I’m hopeful that the start of the European season will be positive for us”.

Indeed, Boullier has compared McLaren-Honda’s challenge with that of Mercedes, who toiled for “four years” before it was ready to start dominating in 2014.

“We will win together,” team supremo Ron Dennis told F1’s official website, “and when we do so we’ll do so dominantly. I don’t want to put a timeframe on that prediction, because that would be foolhardy.”

But Alonso’s former Renault teammate Jarno Trulli worries that it might take so long that the 33-year-old will never again taste champagne at the top of the podium.

“I wonder if he might win another race or championship,” the Italian is quoted by Express newspaper. “Anything can happen, but I am concerned. Fernando’s situation is not ideal to win.”

“McLaren is a good team but they are fighting with Ferrari and Mercedes, who are manufacturers, and that makes a big difference,” Trulli added.

Former long-time McLaren test driver Pedro de la Rosa admits he – like many in formula one – had expected the new Honda era to get up to speed more rapidly.

“The reality is that no one expected Honda to be so far away. Not so much in performance, but above all reliability,” he told Diario Sport newspaper in Spain.

“Now we are in the season, everyone is in a hurry, especially as he (Alonso) is home for his grand prix, but we have to have patience,” de la Rosa added.

Asked if he thinks McLaren can win races late in 2015, he answered: “I have no idea.

“Technically, they will improve gradually, and clearly between Australia and Bahrain they have improved linearly in a very positive way, but only Honda and McLaren know how much more they will improve.

“Is it enough to win? That’s hard to believe in year one,” said de la Rosa.