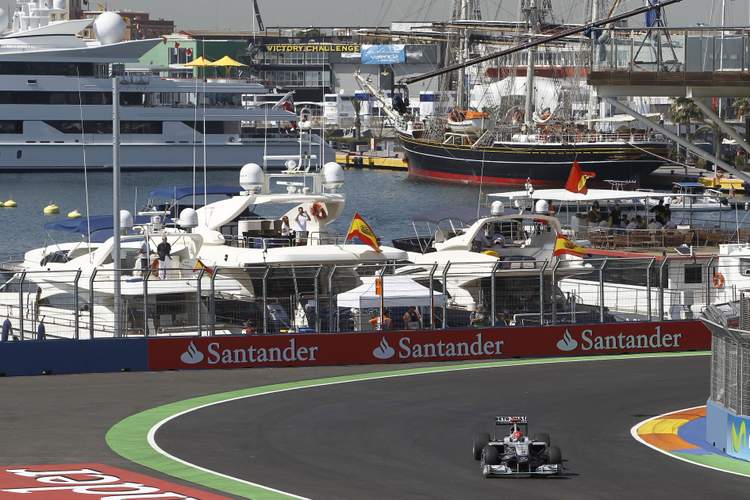 After a five year absence Valencia could be set to return to the Formula 1 calendar in the near future.

The streets of the Spanish port city hosted five grands prix until 2012, but those race organisers subsequently faced accusations of corruption.

So it is now a Singapore multinational called ARC Resorts that has proposed a new six-star hotel, casino, concert area, shopping centre and other facilities for the Marina area, intended to be the “best resort within a city in Europe”.

The jewel in the project’s crown, said to be worth hundreds of millions of euros in total over the next few years, would be a bid to alternate F1 and Formula E races on a street layout.

A source close to ARC confirmed that the idea is indeed to “bring formula one back” to Valencia, with the race this time to be privately organised.

ARC said it has “very good relations” with the sport’s officials, and said revenues earned through the Marina project would “more than justify” hosting formula one.

Valencia government officials announced they will “examine” the proposals to ensure they are “beneficial” to the city and region.