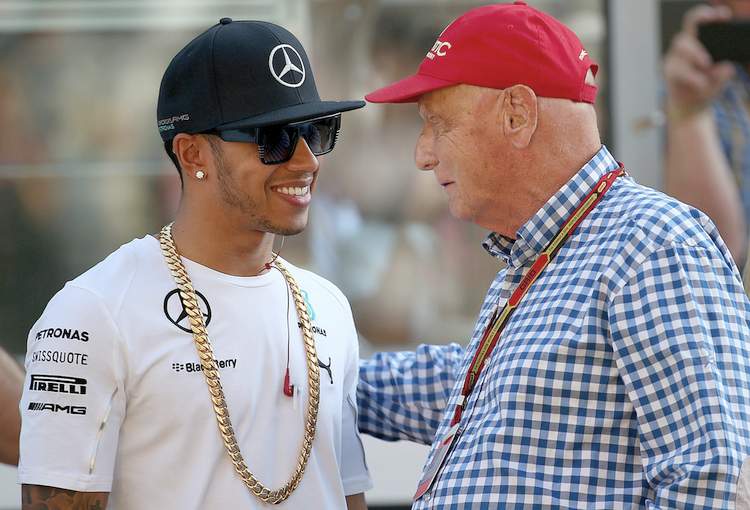 The reigning world champion’s talks over a contract beyond 2015 have been publicly long and repeatedly delayed, but team chairman Lauda said earlier this week that the saga will have come to an end by the forthcoming Spanish grand prix.

“Lewis will drive for Mercedes next year, I can guarantee you that,” the F1 legend Lauda, who was instrumental in wooing Hamilton from McLaren in 2013, said. “And another two years on top of that as well.”

Indeed, Hamilton had been linked with a shock move to Ferrari, but when asked during an interview with Germany’s RTL if he will be Sebastian Vettel’s next teammate wearing red, the Briton answered: “Not any time soon.”

Maurizio Arrivabene, the new Ferrari team boss, is also now playing down speculation that Hamilton is heading to Maranello.

“Did Lewis Hamilton call you?” he teased reporters last weekend in Bahrain. “Because he never called me.”