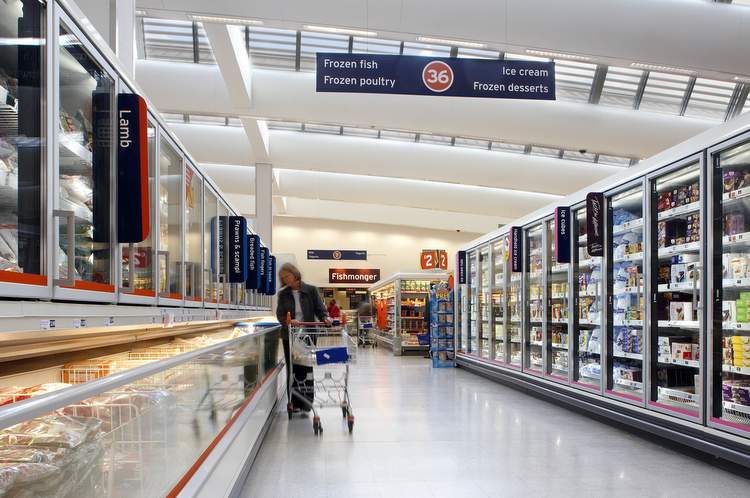 Formula 1’s cutting-edge aerodynamic technology is moving into the supermarket chill cabinet.Williams Advanced Engineering announced on Friday they had partnered with start-up Aerofoil Energy to develop a device that will save money and energy by keeping more cold air inside open-fronted refrigerators.

Such multi-deck appliances account for a significant proportion of supermarket operating costs, with cold air spilling out into the aisles.

Williams said their aerofoil system, modelled with computation fluid dynamics and tested at their F1 factory in central England, can be attached onto each shelf to redirect the air flow.

Aerofoils help the airflow around Formula One cars and can improve their performance – and that’s exactly how they help the fridges in our stores, by keeping the cold air in,” said Sainsbury’s head of refrigeration John Skelton.

“This Formula One inspired innovation has already shown it can cut carbon produced by major refrigerators.

“The savings in operational costs and emissions are extremely promising,” he added.Williams estimated that supermarkets and convenience stores accounted for some five to 10 percent of Britain’s total energy use, with 60-70 percent of that energy consumed by refrigerators.

It said tests of the aerofoils had produced energy savings ranging from 18 to 41.5 percent.