Toro Rosso: We’ve not had ICE failure problem before 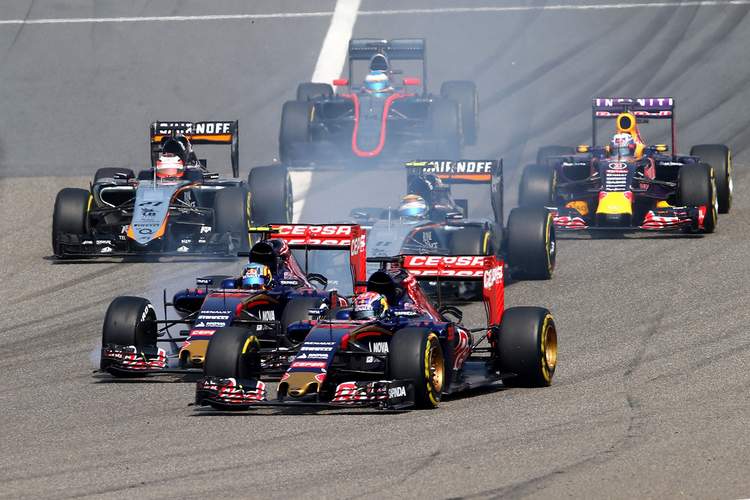 Toro Rosso report from the Chinese Grand Prix, Round 3 of the 2015 Formula 1 world championship at Shanghai International Circuit.

“It was a very difficult race for us today. We started on Prime tyres, but the track was very green and dirty at the beginning, so we immediately suffered a considerable lack of grip. While I was really pushing hard to be on top of Force India for the first stint, unfortunately I made a mistake. It’s a real shame! From then on, as soon as we put the Soft tyres on, the balance came back and I was feeling comfortable with the car. Unfortunately we had an issue with the gearbox, which we still have to investigate, which made us lose more time. Without that problem I think we could’ve been in contention for points.”

“It’s a disappointing way to end what was being a great race! To be running in the points positions but then have to stop the car so close to the end of the race is very frustrating. I’m obviously not happy with the final result but as a team we did the best job possible today. The car was performing well and even though we are lacking some top speed, the braking and the downforce we have on the car is really good and that helped me to complete some good overtakes, which I enjoyed a lot.”

Franz Tost (Team Principal): “The strategy with Max, who started on the Option tyres, worked very well and he had a very strong first lap where he was able to overtake a few rivals. From then onwards he drove very competitively and showed a great performance by overtaking and controlling his direct competitors. Unfortunately, with four laps to go, we had an issue with the drivetrain which meant he had to retire. We now have to investigate what the exact reason is. Regarding Carlos, it was a pity to see him spin after his good start. Later on, he lost some more valuable time because his gearbox went into neutral and we now have to find out why this happened. For sure the race result is quite disappointing for us because the team showed a good performance and I think that we would have deserved to finish at least with Max in eighth position. But this is Formula 1 and this is part of the game. As we know that we have a fast car, we are now looking forward to the Bahrain Grand Prix next week, where we will hopefully have a successful race weekend.”

Cedrik Staudohar (Renault Sport F1 track support leader): “Until the race we had had a relatively good weekend. We had not made the most of qualifying, but Max’ race pace was very impressive and he was able to catch and overtake several cars and move up into the top ten. Carlos had a spin early on in the race and struggled to recover with the traffic. Max’ problem appears to be an ICE failure that happened suddenly. We’ve not had this problem before in either the dyno or on track and need to look into it for Bahrain.”