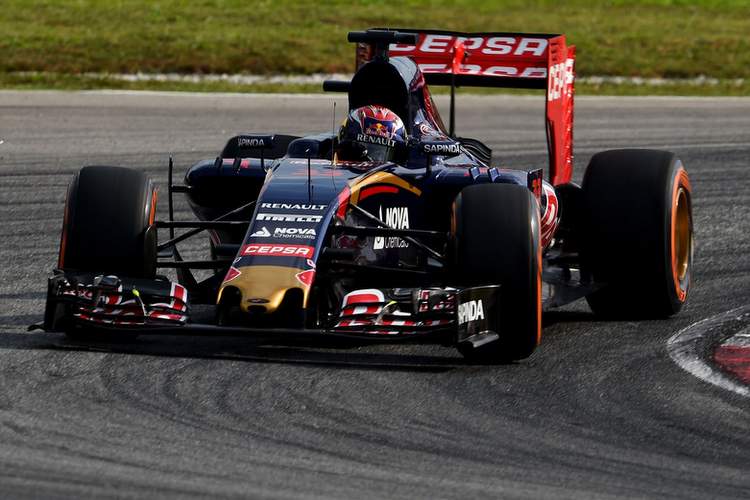 Toro Rosso drivers preview the Chinese Grand Prix, Round 3 of the 2015 Formula 1 World Championship, at the Shanghai International Circuit.

Carlos Sainz: “China is a circuit that I don’t know at all, in a country that I don’t know very well, so I am looking forward to enjoying a new experience. It’s a very special and unusual circuit according to what the team engineers tell me. Normally, with the Pirelli tyres, the rear end of the car is the most difficult to deal with, but in Shanghai it’s the front axle that requires the most careful attention as you can have some front graining. That means it could be similar to conditions we encountered during winter testing. The track looks challenging, with really long corners taken at high speed, which is something I am looking forward to. When I was a kid, I didn’t like Chinese food, but now I am acquiring a taste for it, so I’m looking forward to experiencing the real thing!”

Max Verstappen: “I’ve been to China a few times already, although I have never been to Shanghai or the circuit there. The track looks nice, especially the long right hander first corner, it seems pretty cool. It’s always exciting to go to a new circuit, so I’m really looking forward to the weekend and meeting some new Chinese fans.”