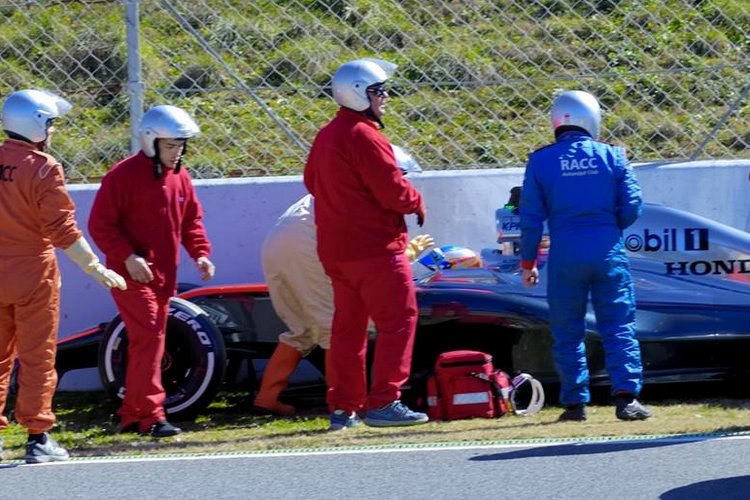 Fernando Alonso’s Barcelona testing crash has cost insurers €1.8 million so far according to La Gazzetta dello Sport newspaper, who said the Spanish driver and McLaren had to follow doctors’ advice or risk not receiving the payout.

That is because the “contracts of the teams include a clause requiring the driver to be in suitable physical condition” for each grand prix, correspondent Luigi Perna claimed.

He said Alonso missing Melbourne meant a payout on the basis of his annual retainer, meaning that his reportedly €34 million contract for 2015 would result in a claim in the order of €1.8 million.

La Gazzetta said insurers will cover the cost unless it is found that the team itself was responsible for the driver’s absence. McLaren has ruled out a technical breakage.

“My gut feeling, and it seems so difficult for people to believe, is that it could have been a gust of wind,” Ron Dennis said in Melbourne last weekend.

“It could have been a lapse in concentration for a minute because Fernando wasn’t actually taking the corner at full speed,” he told the British broadcaster Sky. “There is a lot silliness out there as there always is — he definitely wasn’t electrocuted.”