Boullier: Our car is better than it seems

It has been a tumultuous winter for the fledgling McLaren-Honda collaboration, with a problem plagued testing season exacerbated by Fernando Alonso’s mysterious crash in Barcelona yet team boss Eric Boullier says their 2015 challenger is not all bad.

The MP4-30 has been unreliable and uncompetitive, and now star driver Fernando Alonso is on the sidelines after his mysterious testing crash, but team boss Boullier insists, “The package is better than it seems.”

As things stand, not everyone believes that. Former long-time McLaren driver David Coulthard says that while early niggles were to be expected, he thinks McLaren and Honda have had enough time to put together a good car for 2015.

“I just can’t get my head around the situation and all the difficulties they’ve had,” he told the Guardian.

“They had an extra year to develop their engine,” said Coulthard, explaining that while Ferrari and Renault similarly struggled in 2014, Honda was also using that period to “learn and develop” behind the scenes.

“So it’s really weird,” he said. “There’s stuff going on there which is very un-McLaren like. But then they’ve had a pretty bad run for years now.”

Coulthard said part of the problem could be Ron Dennis, who is now trying to run the F1 team whilst also growing the McLaren Group and launching road cars.

“No one can give 100 per cent to two things. It’s physically impossible,” he insisted.

Coulthard also said he is concerned about McLaren’s finances, wondering: “Where are the sponsors on the car? You can’t run these things on fresh air.”

Alonso’s manager Flavio Briatore, however, insists the Spanish driver is not worried about McLaren-Honda’s current problems.

“Fernando is very confident,” he told Italy’s Sky Sport 24. “He says that when the car was working, it was good. 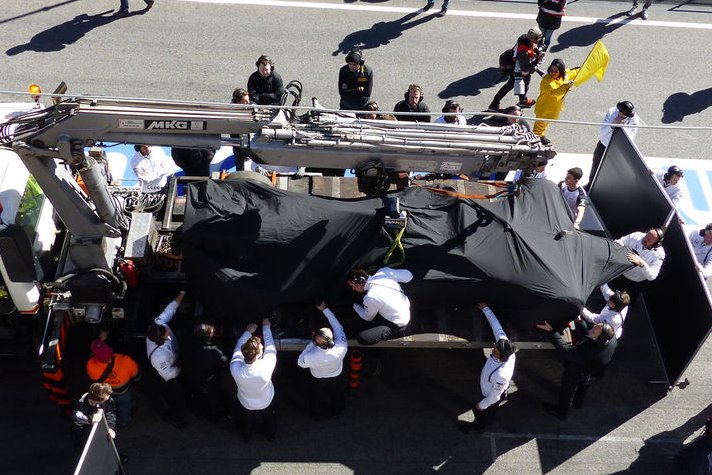 “The Japanese will put all the human and financial resources to ensure that the engine is competitive,” said Briatore, “and the McLaren chassis will surely also be competitive.”

Teammate Jenson Button, who has been at McLaren since 2010, is also impressed with the MP4-30, telling Germany’s Auto Motor und Sport that “the path we have taken will lead McLaren back to winning ways”.

The British driver has also hailed the “excellent driveability” of the works Honda engine, even though “whenever we wanted to use full power, there were problems with leaks and seals”.

But a McLaren team member said: “The horse power that Honda promised is there.”