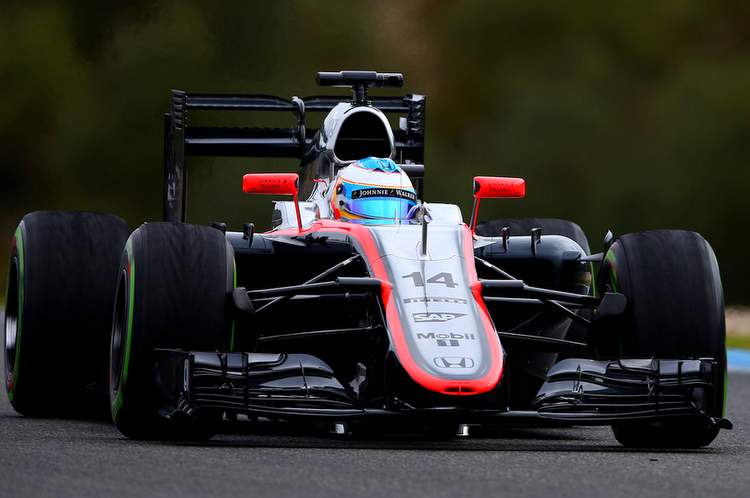 Before Tuesday, Alonso and British team mate Jenson Button had managed only six laps each in the MP4-30 turbo hybrid car on the opening two days of the first pre-season test in southern Spain.

“We’ve had a loss of cooling water pressure and have removed the power unit for inspection,” the former champions said on their Twitter feed. “That’s a long process, so it ends today’s running.

“We can replace those components ahead of running tomorrow,” they added, with the team missing the final three hours of Tuesday’s session.

McLaren are starting a new partnership with Honda, who powered them to titles in the late 1980s and early 1990s and are returning after leaving the sport in 2008, after two decades with Mercedes. 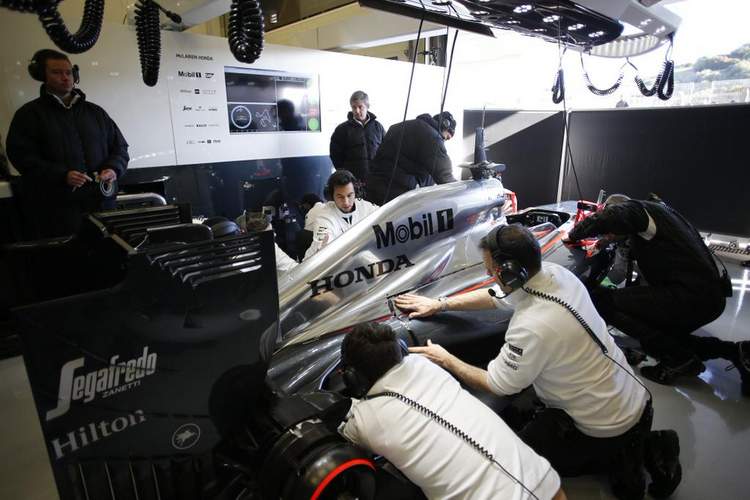 McLaren and Alonso had warned before the test that there would be problems with bedding in the new V6 engine and they have been proved right.

The number of laps completed in the morning did at least show, however, that the problems that sidelined Button on Monday had been addressed, but laptimes were a massive 14 seconds down on the toptime of the day set by Felipe Nasr in a Sauber.

“We expected it to be difficult. I’m sure the next two days won’t be plain-sailing either,” Button, who will be at the wheel for the final day on Wednesday, had said on Monday evening.

“It’s going to be tricky. It’s a very complicated power unit, it’s not as straightforward as the old V8 engines or the V10s. So it takes a little bit of time.”

Champions Mercedes, whose works team dominated last season with their engine taking Hamilton to his second title, continued to run like clockwork after completing more laps than any of their rivals.