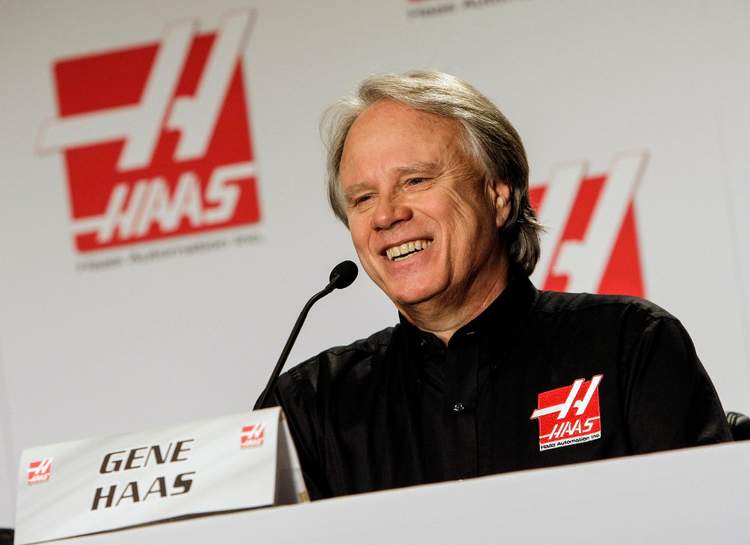 Formula 1 team owner Gene Haas says he is in no rush to sign drivers for his team which will hit the grand prix grids in 2015.

Accompanied by his team principal Gunther Steiner, the Californian is this week visiting the Jerez test, even though his Ferrari-powered outfit will not go racing for more than a full 12 months from now.

Haas told media however, that preparations for 2016 are “going well”.

“We came here at the invitation of Ferrari and I must admit that I like what I see. The SF15-T seems to be born well and we will rely on many systems supplied by Ferrari. The FIA has relaxed some rules for 2016 and we will make the most of them.”

“Contrary to what has been written,” he explained, “we have not bought Marussia or the intellectual property of the 2015 chassis. We have only acquired the plant in Banbury, now known as the ‘Haas Building’ to avoid confusion.”

The North Carolina-based Nascar team co-owner also said he has bought a F1 driver simulator and has commenced working with Dallara on the 2016 car, which will be wind tunnel tested at technical partner Ferrari’s Maranello factory.

“Our approach is pragmatic,” Haas said, “very American, and probably more effective than the European way of managing a budget.

“We expect to shake down the car in December, but we will not take to the track officially before the preliminary tests for the 2016 season, in exactly one year. So far, we are following our programme to the letter and we should be on time.”

Haas said the highly anticipated race driver choice is not yet a priority, “All in good time. We will see how the market has evolved by next summer.

“We will have an experienced driver with knowledge of F1, ideally having taken part in the 2015 season, while at the same time we are ready to have a rookie, but it does not necessarily have to be an American.

“No, I will not mention any names, as I myself do not even know who our drivers will be. At the moment we are recruiting engineers and mechanics and the drivers will come later,” Haas added.