No FP1 sessions for Magnussen in 2015 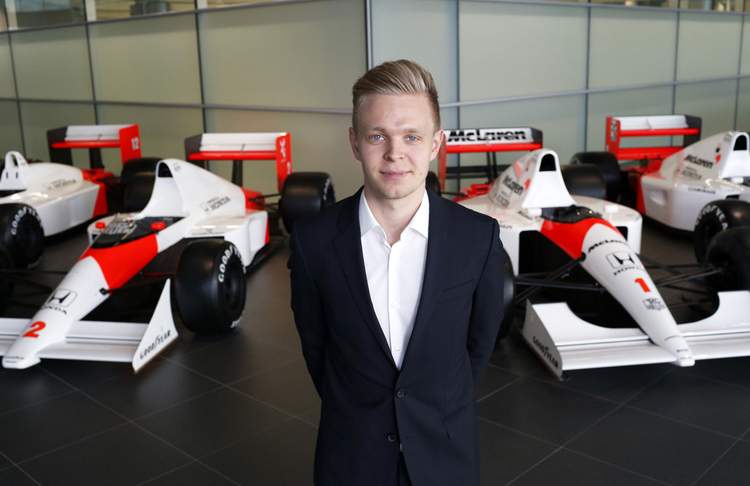 Demoted McLaren driver Kevin Magnussen will not be making any Friday free practice appearances during the course of the 2015 season.

That is because the Woking team selected his experienced teammate of last year, former world champion Jenson Button, to be Fernando Alonso’s teammate as the new works Honda era kicks off.

Magnussen, whose father Jan similarly made his F1 debut for McLaren in 1995 before sitting out 1996 and returning a year later with Stewart, has instead been appointed the 2015 test and reserve driver.

Answering a question from one of his 157,000 Twitter followers on Tuesday, he said: “No Friday practices for me this year. I will be watching from the pitwall”.

However, Magnussen sounded bullish about the future, adding the hashtag ‘Never give up on the dream’ to recent tweets.

Told by another fan that one race season in F1 is not enough, he replied: “I very much agree!”

Meanwhile, a McLaren spokesman confirmed reports the British team is in contact with the FIA after the governing body ruled that the only manufacturer not allowed to develop its engine this year is Honda.

“McLaren-Honda has already been in contact with the FIA with regard to this issue,” he said, “but we do not wish to say anything further at this time.”