Mercedes and McLaren to change colours in 2015 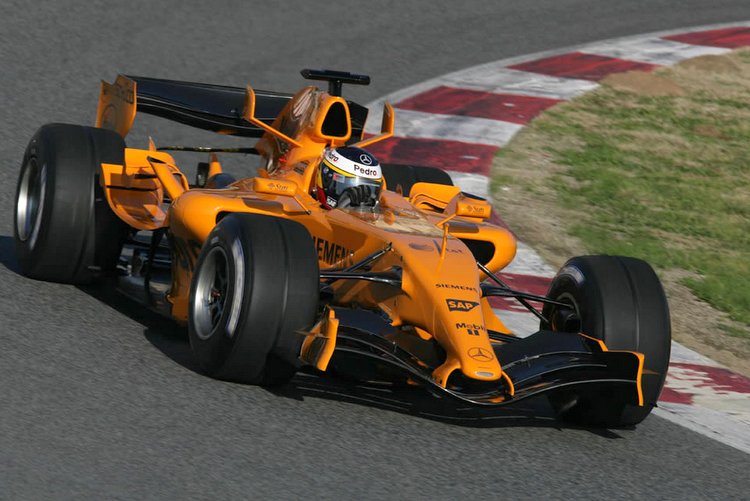 At least two top teams will enter the 2015 Formula 1 world championship season with fundamentally different colour schemes, it has emerged.

The report said the special chrome paint for the 2015 livery is called ‘Kromo’, and will also be supplied to wheel supplier OZ for the title-defending W06 raced by world champion Lewis Hamilton and Nico Rosberg.

The same Spanish sports newspaper reports that with Mercedes stepping up its iconic silver look, Woking based McLaren is tipped for a complete livery U-turn in 2015.

McLaren turned silver in 1997, at the height of its works collaboration with Mercedes, but now the famous British team is kicking off its new era with Honda.

El Mundo Deportivo reported: “Honda does not want [McLaren] to continue with silver because it is a colour immediately associated with Mercedes and the ‘Silver Arrows’.

“There are rumours the car could be orange (as shown above), McLaren’s traditional colour, for testing. But it could also be white, in a double-tribute: to Honda and also because McLaren’s first F1 car was that colour” in 1966.

“The final choice could depend largely on whether McLaren has a major sponsor in 2015 or not,” the report added.