Grosjean: 2014 most difficult year of my career 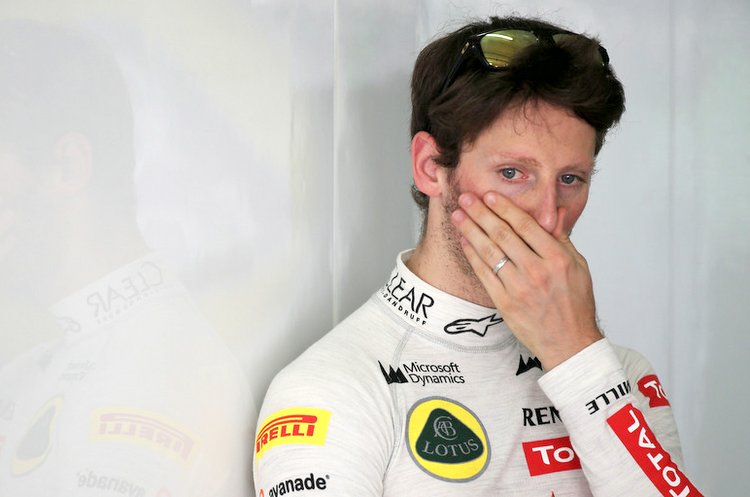 Romain Grosjean (above) says 2014 in Formula 1 was even more difficult than the 2012 season, when he was branded Formula 1’s ‘first lap nutcase’ and had to serve a race ban.

The French driver, who will stay at Lotus next year for a fourth consecutive campaign, scored a mere handful of points in 2014 as the Enstone team struggled with a poor and underpowered car.

Grosjean told RMC Sport: “This was the most difficult year of my career psychologically.”

That is despite the 28-year-old having to engage the help of a psychologist after 2012, when he almost lost his seat due to a season of erratic driving and mistakes.

“In 2012,” he explained, “it was clearly about me and some stupid things I did. But this year I did a very good performance but it was not visible because of the car.

“This was also the first year that I was the team leader, so I was trying to understand and point everyone in the right direction and it took a lot of energy,” said Grosjean. 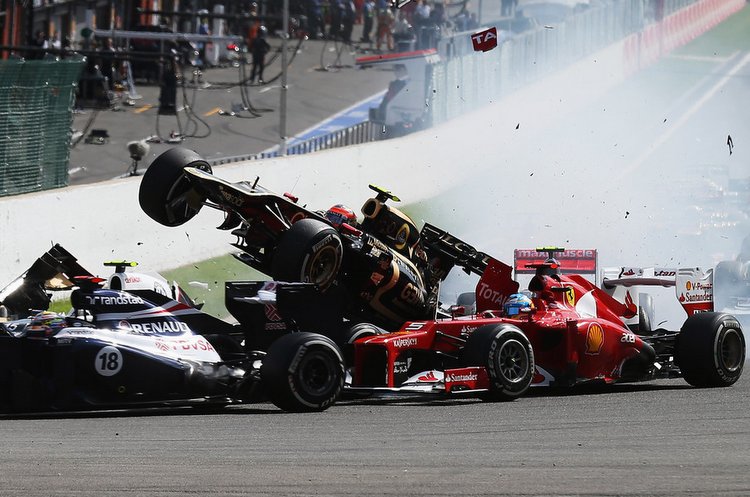 Towards the end of the season, Grosjean (above crashing at Spa in 2012) declared that he could escape from his Lotus contract and switch to a top team, but he instead re-signed for Lotus.

“In sports,” he explained, “it is always easier to support someone who is successful than someone who is in a difficult moment. But I think the numbers, compared to my teammate (Pastor Maldonado), speak for me.”

“When you’re not on the podium, it is easy for people to ask questions, but we live in a sport that is hugely dependent on the car,” Grosjean said.

He is therefore hoping Lotus can produce a better one for 2015, “It’s always difficult to know before winter testing. This year, we thought we had a very good car because the aerodynamic numbers were excellent.”

“By the third lap on the track, we knew it was not a good car. We already know that the Mercedes engine is more advanced, efficient and easier to use than the Renault, so that will help us to have a better car too.”

“I hope very much to drink champagne on the podium again next year, but 2015 will be a good year anyway as my second child will arrive in mid-May,” Grosjean revealed.