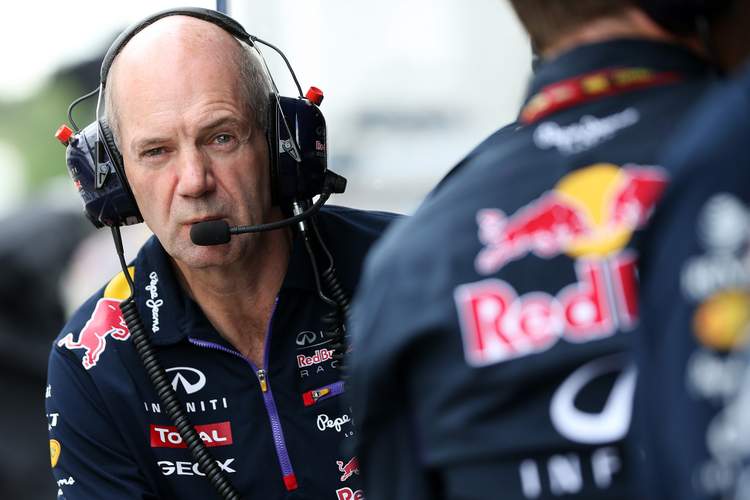 Ferrari has not given up on luring design guru Adrian Newey to Maranello, according to La Gazzetta dello Sport, whose correspondent Luigi Perna outlined the latest plan to sign Red Bull’s highly-coveted technical boss.

In Monaco, Red Bull rejected the speculation about Newey by insisting that the 55-year-old remains committed for “the foreseeable future”.

But that may have been before Ferrari’s latest audacious offer to the Briton. Perna said Ferrari is offering Newey unprecedented technical freedom, and also his own road-going supercar project and involvement in a possible Le Mans prototype bid.

Not to mention annual pay of about €20 million, “If the odds at first were zero, now the odds are 20-30 per cent. It all depends on Newey.”

It has also been claimed that signing Newey might convince Red Bull’s quadruple world champion Sebastian Vettel to join him at Maranello. But German Vettel said on Tuesday: “I feel very good about where I am and have so much to thank my team for.

“You don’t just throw in the towel and look for something else after six bad races,” he insisted.

Curiously, Vettel was at the wheel of Gerhard Berger’s 1988 Ferrari on Tuesday for a promotional event at the forthcoming Austrian Grand Prix venue.

He got out of the car and said “Incredibile!”

Red Bull’s Helmut Marko grinned to reporters: “You can let our friends know quietly in Maranello that Sebastian even drives his Ferraris with us.”