Whitmarsh: We welcome Alonso back at McLaren 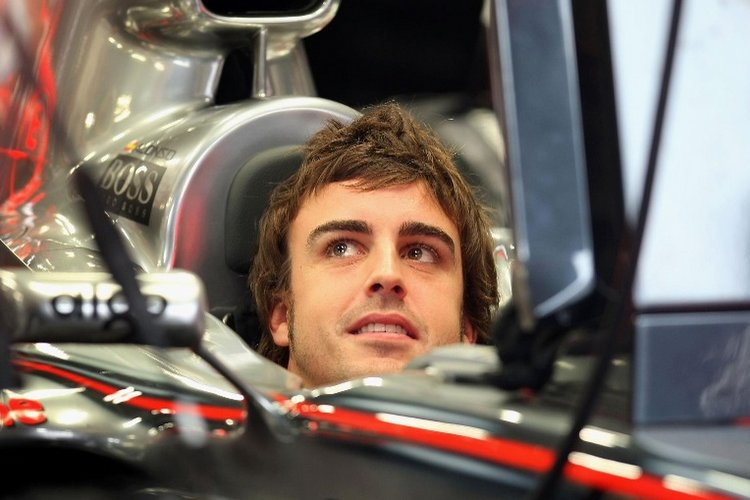 McLaren team principal Martin Whitmarsh seems intent on stoking wild rumours by insisting that Fernando Alonso could leave Ferrari and return to the Woking outfit in 2014.

Ferrari’s Spaniard denied the speculation yet again when it emerged earlier in Korea, but McLaren boss Whitmarsh says the team “could afford” to sign Formula 1’s highest-paid driver.

The suggestions about McLaren’s ability to pay Alonso follows reports claiming that the great British team, locked in a performance slump this season, has recorded a financial loss.

“We could afford to bring Alonso here next year,” Whitmarsh is quoted by the Guardian. “I shouldn’t be stoking wild rumours of his return in 2014 but would we welcome him back, be delighted to have him back in the team? Of course we would.”

The rumours are being further stoked by Alonso’s continuing obvious frustration at Ferrari, where he qualified just sixth on Saturday.

Speed Week quotes him as saying he is getting used to being outpaced by Red Bull.

“It has been the same for the past four years,” said Alonso, who joined Ferrari in 2010, “and now we are the fourth fastest team in the field. But we have been able to fight for the title … so we can be proud,” he added.

“Fernando deserves to be champion, but mistakes have been made and that may have caused frustration,” the Frenchman told Spain’s El Pais.

“It is true that he has also not had much luck, but the combination of Red Bull and Vettel is very difficult to beat.

“Where I disagree with him is you can’t really blame Ferrari; if he was always in the middle of the field I could understand, but the car has always been quite competitive.