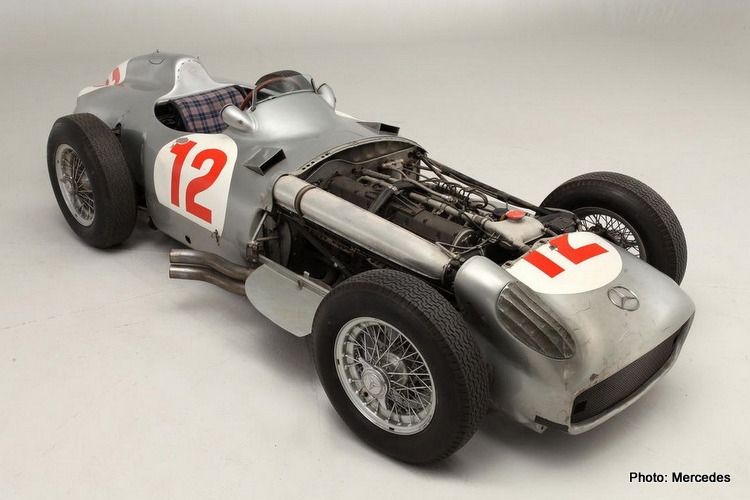 A rare Mercedes race car became the most expensive car ever sold at auction when an anonymous bidder bought it for 19.6 million pounds ($29.6 million) at a sale in Britain on Friday.

“We’ve just witnessed history in the making,” Bonhams Motoring Director James Knight told Reuters from the sale at the Goodwood Festival of Speed in southern England.

The 2.5-litre straight-8 Mercedes-Benz driven by Fangio already had a storied history. The driver’s 1954 victories in the German and Swiss Grands Prix were the first successive wins by the Mercedes-Benz Formula 1 team in the German racing crew’s post-World War Two comeback.

The late Beatle bought the blue Ferrari after he passed his driving test in 1965 and sold it three years later. It had a top pre-sale estimate of £ 220 000 pounds.