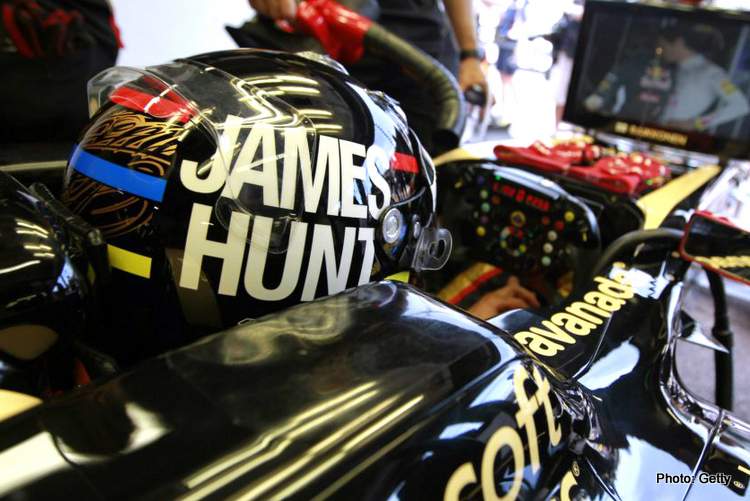 Formula 1 title contender Kimi Raikkonen has been cleared to race with a tribute on his helmet to late champion James Hunt after the lettering was initially deemed to contravene television regulations, after a couple of days of you can – then you can’t – then you can again.

The party-loving Lotus driver, second in the championship at present, is a big fan of Britain’s 1976 champion and once entered a snowmobile race under Hunt’s name. He has also paid tribute to him in the past with Monaco helmets.

This year’s had the words ‘James Hunt’ on the top, positioned to face the camera behind. The regulations do not allow rear-facing messages and Lotus had said the 2007 world champion had been told to cover the words.

However, Formula One’s commercial supremo Bernie Ecclestone, who had been unaware of the controversy when asked by a reporter, stepped in and resolved the situation.

Raikkonen qualified using the uncovered helmet design and told Reuters he did not know what all the fuss had been about.

“I don’t know. You have to ask FOM (Formula One Management)or Bernie,” he said. “I don’t know the story and I have no interest in going to ask them.”

A representative of FOM suggested the cover-up might have been requested by the company’s ever-watchful lawyers.

Hunt’s title win, in a battle with Austrian Niki Lauda, is the subject of a new biopic ‘Rush’ due out later this year and that may also have played a part in the decision if the tribute was to be construed as promotion for the movie.