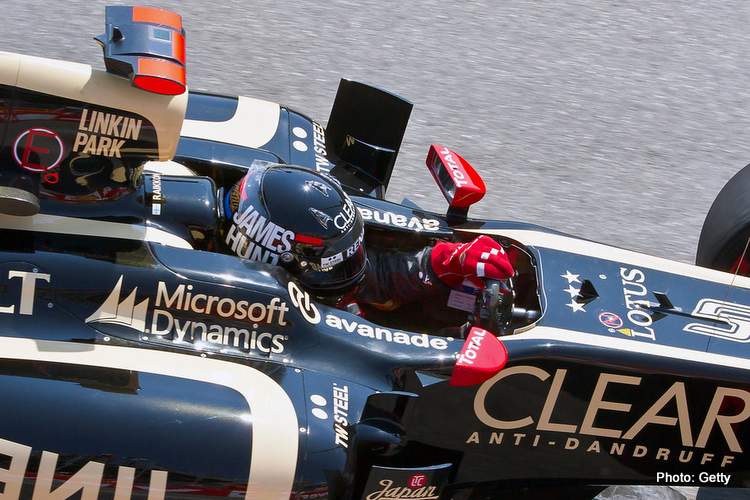 Kimi Raikkonen has reportedly been told to remove the depiction of 1976 world champion James Hunt from the top of his special Monaco edition helmet, but the Iceman claims he knows nothing about the order which reportedly emanates from Bernie Ecclestone’s bunker.

This year, the Lotus driver’s tribute to Hunt is a stylish picture on the top of his helmet, bearing the words ‘James Hunt, 1976 world champion’.

And on the back of the helmet, above Raikkonen’s ‘Iceman’ logo, it reads: “Kimi on the Hunt’.

“I’ve always respected James Hunt” explained Raikkonen. “It’s great that his family is launching products to represent one of my favourite eras of Formula 1”.

But according to reports, including in Speed Week and Turun Sanomat, Formula 1 chief executive Ecclestone has told Raikkonen to either cover the tribute or revert to his original helmet for the rest of the weekend.

Reportedly, Ecclestone objects either to the positioning of the tribute in full view of the overhead onboard camera, or believes it is an unauthorised advertisement of the forthcoming feature film about Hunt and Niki Lauda’s 1976 title battle (‘Rush’).

When asked about the reported run-in with Ecclestone, Raikkonen told Speed Week: “I know nothing about it. As far as I know, I will wear the helmet all weekend.”

Meanwhile, when asked about his admission he has “two options” on the table for the 2014 season, Raikkonen clarified that one of them is a return to retirement.

It had been reported that one of the options for the Lotus driver might be a switch to Red Bull.

“There is always the option that I will not drive (at all). It’s always possible,” the 2007 world champion is quoted by Brazil’s Totalrace.

“Knowing Kimi well, outside of the track too, he could just as well announce that he’s stopping altogether,” he said on Thursday. “I wouldn’t take any bets whatsoever.”