Sutil: Lewis is a coward and not a man

Feb.1 (GMM) Adrian Sutil, convicted this week of grievous bodily harm, has angrily slammed his former friend Lewis Hamilton for his lack of support before and during Sutil’s assault trial. 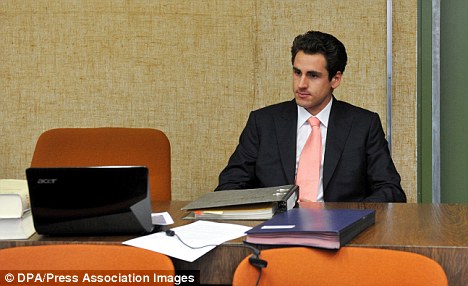 Adrian Sutil in the dock

Hamilton, the 2008 world champion and McLaren driver, declined to appear as a witness in former Force India driver Sutil’s trial this week over the assault of Lotus team executive Eric Lux.

Hamilton was sitting beside German Sutil, 29, at the time of the incident, but the Briton wrote in a statement to the Munich court that he could not remember the details of the scuffle.

He declined to appear as a witness, ostensibly due to the proximity to the launch date of his 2012 car.

“Lewis is a coward,” Bild newspaper quotes Sutil as saying.

“I don’t want to be friends with someone like that. If you ask me he’s not a man as even his father sent me a text message, wishing me the best of luck for the hearing. From Lewis, nothing. He even changed his number so I couldn’t reach him,” he added.

Sutil’s manager Manfred Zimmermann insists the criminal conviction does not endanger his FIA super-license, the mandatory credential for racing in formula one.

But he conceded that it is “almost impossible” that Sutil will be on the 2012 grid.